Select your store for pricing and availability
Back 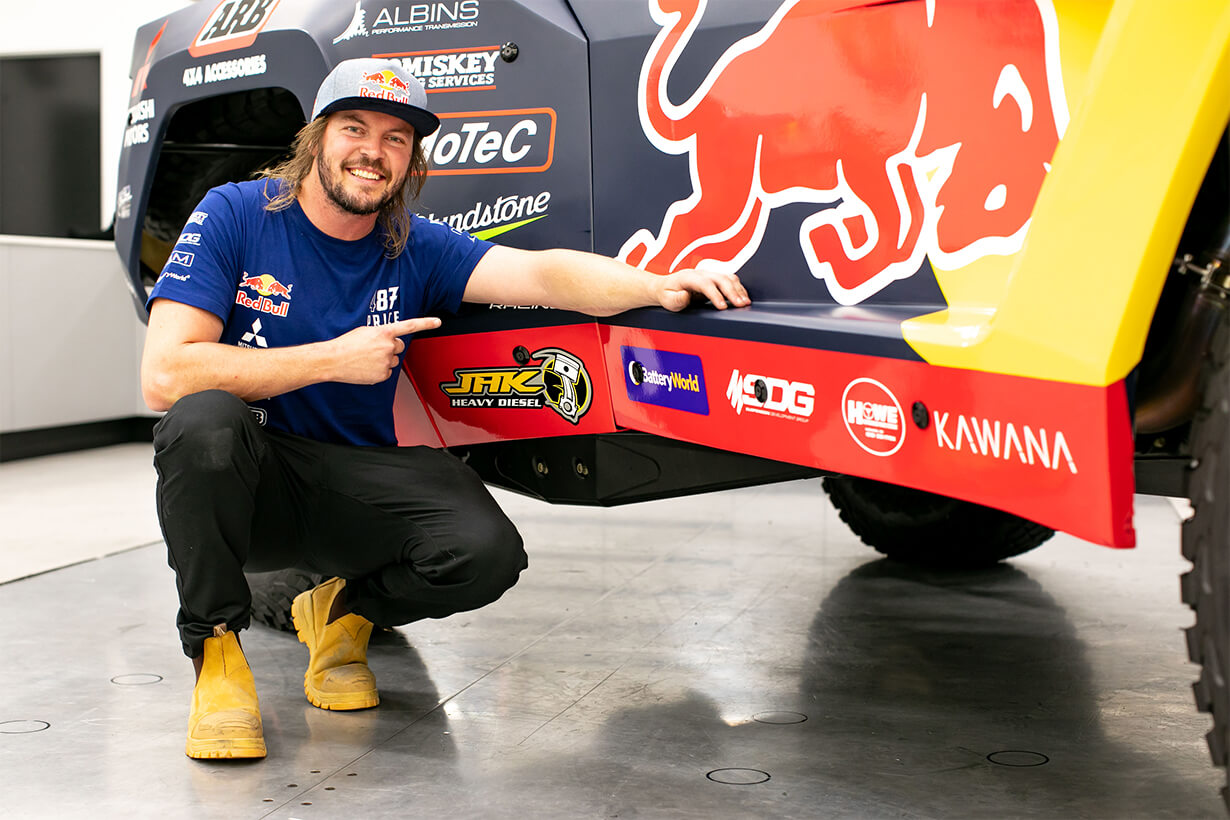 The brand new TSCO built Trophy Truck touched down in Sydney last week after an extensive design and build process, timed perfectly for Price to debut the Dougans 6 Litre V8 powered machine in the 2021 Finke Desert Race in central Australia.

The body of the Trophy Truck has been uniquely modeled after the Mitsubishi Triton GSR and the Triton Concept Truck, a world first in its own. Price’s concept for the Triton body first came to life at the beginning of 2020 and since then, he has worked closely with Mitsubishi Motors Australia and the Mitsubishi Motors Corporation Triton Design team, as well as Fiberwerx in the USA to bring his vision to life.

“I’m so happy to be able to finally take the covers off for everyone to see all the hard work that has gone into getting the Truck exactly like the Concept Ute, ” Price said.

“To finally see this thing come to life is unreal, getting it here wasn’t easy with COVID-19 and shipping times but now I can’t wait to get out on the red dirt in Alice and give it a run.

“Thanks so much to Mitsubishi Motors for working with us to bring this project to life, it’s one of the coolest things I’ve ever been able to do and I’m in love!”

“It was a pipe dream over a coffee… but we did it! We were working against many odds twelve months ago, and it wasn’t easy - but everyone had one vision, to build a custom Triton body for Toby’s Trophy Truck! He is one of our key partners, and we are so proud.”

“The design of the body is so uniquely Mitsubishi thanks to the bespoke design work of the global Triton Design team. Fans will recognise the signature dynamic shield and many other features from both the current Triton, and also our concept ute. We are so proud to be involved in this worldwide first.” Bradley said.

The Finke Desert Race will run from June 11-14 in Alice Springs, Australia.